Reliance communication has launched its new Platinum Plan 225 which is designed for subscribers who want lower call rates in their circle as well as other states. The plan cost you only Rs. 225. The plan provides free talktime of Rs. 100 as well as free SMS worth Rs. 100. This plan also offers lower call rates.

Reliance Platinum plan boils down to 333 local mobile calls free and 333 SMS all India free for Rs. 225. However, this plan is available only in major cities and only for those who opt for a new connection.
Posted by pankaj at 6:44 PM No comments:

In India, most of the people live in the villages. To please rural people Airtel, leading mobile company, has launched its new plan for rural people as Airtel Rural plan. This pack is available to users residing in villages with a population of less than 20,000. This plan provides free talktime to subscribers over a period of 9 months in 3 installments. According to company officials, user would get free talktime of Rs. 25 in every 3 months. Call charges are also affordable. Local calls and SMS cost Re.1 and Rs. 1.5 for STD calls and SMS.

Here are the details:

Posted by pankaj at 7:03 PM No comments:

There are lots of plans for the group of users. Today, each and every service provider are providing such kind of Group plans for their subscribers. This time, MTNL, also going to join the league by launching its new My Group plan.

Here are the details of the My group plan:

* It cost you only Rs. 30 per month.
* Include maximum 10 members in the group.
* Registering a number cost you only Rs. 10.
* Calling and SMS rate within group is 10 p.
* Only Dolphin and Trump users can access this service. 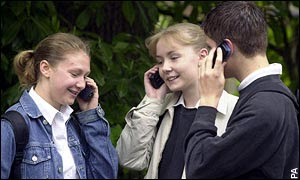 Now a days, all industry sectors are facing financial crisis other then the India's telecom sector. In India, telecom sector is growing rapidly as GSM subscribers increasing day by day. According to the Cellular Operators Association of India (COAI), The total GSM subscribers at the end of October was at around 242 million with October alone having a record subscriber addition of 8 million, in India and would mark the milestone of 250 million subscribers all over the country by December.

The leading service provider in the country, Bharti Airtel with 2.7 million new subscribers taking its total user base to past 80 million. Vodafone Essar added more than 2 million new users and accounted a total of 56 million subscribers. State owned BSNL managed to get 6.7 lakh new users, taking its total count to 39.8 million.
Posted by pankaj at 7:10 PM No comments:

British mobile phone company Vodafone said on Tuesday that its net profit had slumped 35 percent in the first half of its financial year as it booked a hefty loss on the value of its Turkish business. The share price of Vodafone jumped 6.93 percent to 115.8 percent on London's FTSE 100 index, which was down 1.62 percent in late morning trade.

Vodafone said in an earnings statement that profit after tax slid to 2.14 billion pounds (2.63 billion euros, 3.35 billion dollars) in the six months to September 30 compared with the first half of 2007/08. The company booked a loss of 1.7 billion pounds on the value of Vodafone Turkey.

"Our turnaround in Turkey is taking longer than we anticipated," Vodafone's new chief executive Vittorio Colao said in the company's earnings statement. Group revenue rose 17 percent to 19.90 billion pounds in the six months to September 30 compared with the first half of 2007/08, thanks to benefits derived from currency exchange rates.
"The first half results reflect a solid overall performance in a challenging operating and a weaker macro economic environment," said Colao, who in July replaced Arun Sarin, who stepped down after five years as Vodafone chief executive.
"Operating conditions are expected to continue to be challenging in Europe given ongoing competitive and regulatory pressures and recent deterioration of economic conditions in certain markets," Colao added.
In recent years, Vodafone has expanded into emerging markets across Africa and Asia, as it looks to offset flagging sales and fierce competition in maturing Western markets.

Posted by pankaj at 7:16 PM No comments:

Idea has launched its new MyGang Plan. The plan offers lower call rate as well as lower SMS rate then any other cellular service provider. The plan has specially launched for youth who wants to connect all the times with their buddies.

Here are the details:

This pack is very useful who want to enjoy his/her weekend with his/her friends by talking to them on mobile.This pack is called as TGIW Pack. By activate this pack, Local Mobile Calls @ 30p/min and 100 Local SMS Free for 3 days. Even you receives 10 p/min for incoming call. This TGIW pack make your weekend enjoyable with your friends. This is gonna cost you rs. 18 only!!
Posted by pankaj at 7:16 PM No comments:

To activate this pack,you have to pay only Rs. 28. This pack will be valid for One month. Local Call or STD call on other network cost is 50 p/m.

The best feature of the plan is that You are about to get paid for incoming calls!
Posted by pankaj at 4:12 PM No comments:

Airtel, leading cellular service provider in India, has already entered in providing Internet broadband service. Now, Airtel launched its new plan in South India which will provide both cellular service as well as Broadband service that's why this plan is called as "Airtel Combo 499 plan". The plan offers broadband at 2 mbps, a free download of 1 GB as well as voice calls of Rs. 200. It also offers STD at just Re.1 per minute. Thus, the plan enable more people to easily avail broadband connectivity at an affordable price. This plan cost you only Rs. 499.
Posted by pankaj at 2:54 PM No comments: